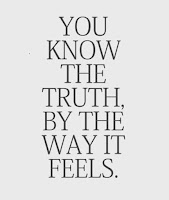 This has to change, and it has to change now. And yes, I will be a part of it.
Posted by Andee Weinberg-Chestnut at 10:04 AM