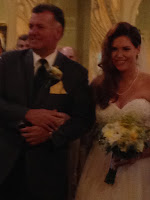 (Still not gonna tell her about the tattoo though.)
Posted by Andee Weinberg-Chestnut at 12:53 PM