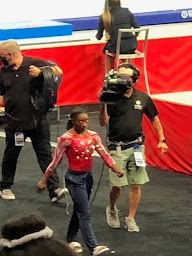 She let us down?? She let us down as we sat on our couches watching this athlete who had spent her whole life training for this moment?? This was 30 years ago, and it still upsets me. How dare this woman think this young athlete let anyone down??

Posted by Andee Weinberg-Chestnut at 9:55 AM