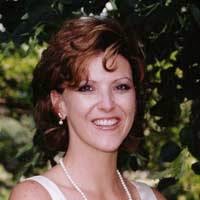 Of course, you can’t see this, but I just started smiling as I reread that last paragraph. I realized I just described Mindy. I knew I carried her with me, but I didn’t realize until now just how much. What a great thing this is. Without really noticing, I managed to keep with me all the best things about her. And I have to say I’m pretty talented on the coffee spilling too!
Posted by Andee Weinberg-Chestnut at 11:48 AM